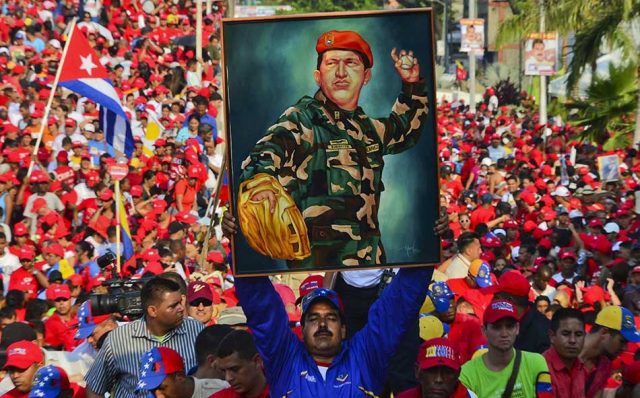 Venezuela’s economic fortunes have been tethered to the price of oil for most of the country’s modern history, a dependency that only worsened after a charismatic former paratrooper named Hugo Chavez took office in 1999.

Chavez, who came to power in the wake of an oil crash that decimated Venezuela’s traditional parties, ramped up political patronage to a degree the country had never seen when crude prices suddenly began to soar again. The windfall temporarily masked the economic devastation caused by his version of socialism—a toxic mix of expropriations, subsidies, and currency and price controls.

By Chavez’s final years, Venezuela’s economy was starting to buckle, even with prices north of $100 a barrel, and then they crashed. His chosen successor, Nicolas Maduro, replaced patronage with repression and persecution. Maduro’s iron-fisted rule has allowed him to remain in charge of what’s become a failed state. His days may be numbered.

For to see complete new please enter to website: bloomberg.com