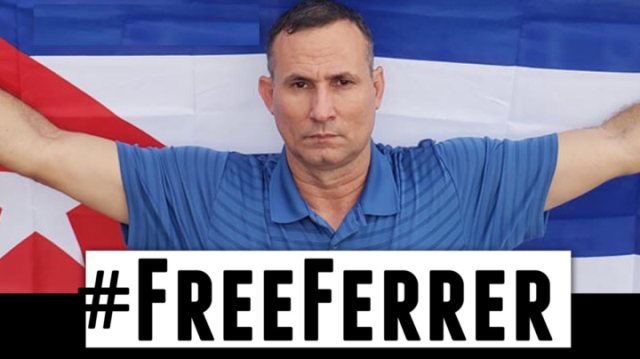 Meet the next President of Cuba. Daniel Ferrer García, leader of the Patriotic Union of Cuba (UNPACU). He is a Cuban human rights activist fighting for his life in a Cuban prison. Why such a bold prediction? You could thank the Cuban regime.  Their ruthless behavior has elevated Jose Daniel Ferrer into international status. Making it hard for the Cuban dictators’ friends to defend itself. The regimes always denied any involvement in the Venezuela crisis, but fortunately, this situation is hard to deny.

The Cuban regime is trembling with fear because no other country is coming to the rescue. The hope is that President Trump will not be reelected, meanwhile praying for Senator Bernie Sanders. The Cuban regime has many powerful friends, but China has been decreasing exports to Cuba because of nonpayment. Russia decided to not willing to give free oil. It is currently running an oil for the gas swap. Venezuela’s narco-trafficking Ex-President provided Russia with oil in exchange for Russia’s free gas export to Cuba. How long this will last? No one knows, but it does not seem like a long term plan. the dictators are buying time. Waiting to see what happens on November 3, 2020.

One might say that Raul Castro’s grip on power will overcome any international pressure. The problem is that his health is deteriorating and has been missing for some time now. It reminds me of the movie, Weekend at Bernie’s.

This is why time seems to be on Daniel Ferrer García’s favor.  The Cuban media has been broadcasting his name throughout the country. It is trying to spread false propaganda to its citizens. They believe that no one will question their motives. It is used to having full control of all information, but the internet has made things difficult for them.  The more it holds Daniel Ferrer García in prison, the more his statue is elevated. He would be hard to beat in the Cuban general election.