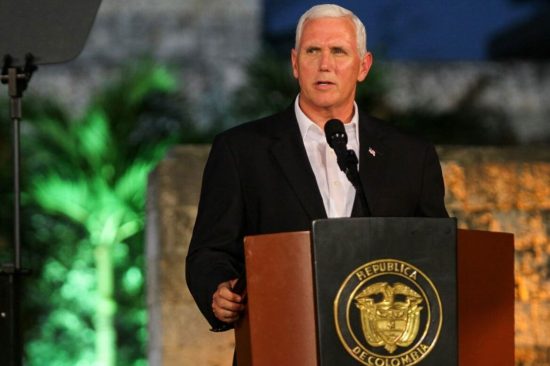 U.S. Vice President Mike Pence plans to have his first meeting with Venezuela’s Juan Guaido in Colombia on Monday, Pence aides said, in a signal of support for the opposition leader after a weekend of…

END_OF_DOCUMENT_TOKEN_TO_BE_REPLACED

Venezuela’s government said on Wednesday that it was closing its border to air and sea traffic from three Caribbean islands in an effort to block aid shipments to the country organized by the Venezuelan opposition….