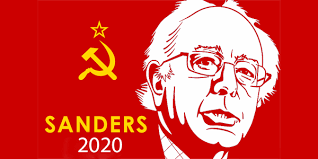 On February 7, the American public was able to watch the eighth Democratic presidential debate on ABC News. Seven candidates took the stage Friday night at St. Anselm College. Many issues were addressed. Many were interested in a particular question.

ABC News moderator George Stephanopoulos asked candidates in the New Hampshire debate if they would feel comfortable having a “democratic socialist” on top of the party’s ballot in November. This was especially directed at Bernie Sanders (I-VT). The only person who raised her senator Amy Klobuchar.

The question of socialism dominated a good part of the debate between the Democratic candidates. In fact, one of the first questions asked by Stephanopoulos was: Can you a socialist defeat Trump? In this regard, the protagonist of the night, Minnesota Senator Amy Klobuchar said that this could represent a difficulty to put aside the “chief divisor” with which he referred to President Donald Trump. She stressed that the current president is afraid to go to an electoral stage with a candidate who can penetrate the country. Given that former vice president Joe Biden polls numbers are heading south and America is not ready for a Socialist like Bernie Sanders. Without a doubt, she holds the strongest position.

After the debate, the media began their talk shows and commented on who won. Well, I think the truth came out that night. Chris Mattew of MSNBC seems to say what most moderates thought, but they were afraid to speak. It was great to see someone from the media on the left who finally spoke with the truth about Senator Sanders and the entire AOC group. The extreme left has taken over the Democratic party and most of the media. Ask the leader of the majority of the house, Nancy Pelosi.

For his part, Pete Buttigieg dodged the issue and mentioned that one should not focus on the “labels”, but on the “style of politics they need to move forward.”

In the debate, the moderator Stephanopoulos did not miss the opportunity to directly ask Sanders about the label of socialist that President Trump himself has been popularizing because many voters will fear for the arrival of a radical leftist President at 1600 Pennsylvania ave.

President Trump plays his cards well and uses Senators Sander’s rhetoric against him. Specifically in order to reach the Cuban-American, Nicaraguan-American, and Venezuelan-American communities, based in South Florida. Also, any American that does not want the US government to overtake their healthcare. Florida is a defining state for the presidential elections that will be held in the United States on November 3.  President Trump needs Florida’s 29 Electoral votes. No Republican President has ever won that White House without Florida.

Many wonders, has Sanders displayed any kind of true outreach to the blue-collar democratic party? Maybe, but Sanders defines himself as a “democratic socialist” who, he said, is not directly related to Cuban or Venezuelan socialism. However, he has praised Fidel Castro and Hugo Chavez in the past. This brings doubt about his real belief and inspirations.. Will this be decisive during the November elections?

In general, what the Democratic Socialist candidate is looking for is to take away the rights of US citizens for the “common good.” In addition, anyone who stands in the way of revolutions will face the violent reaction of the media and supporters of the radical left. Senator Amy Klobuchar is a viable candidate that could create some issues for President Trump in a Debate, but the energy is not with her.  It is hard to see her attracting large crowds as big as President Trump currently produces.