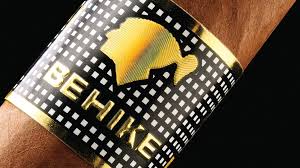 Over a year ago, the Maduro Government tried to deny Venezuelans access to aid that contained food and medicine from the international community and Venezuelan opposition.  Sadly, at least two people were killed by gunfire on that Saturday, including a 14-year-old boy.

Venezuelan troops were instructed by Cuban intelligence officers to deny entry of any foreign aid. The police fired tear gas and rubber bullets at desperate protesters attempting to collect and transport the needed aid into Venezuela

The US government and Venezuelan opposition wanted the aid to go to people hit by the economic crisis. The dictator, Nicolas Maduro claimed it is was a security threat. US Secretary of State Mike Pompeo condemned the attacks on civilians, which he blamed on “Maduro’s thugs”.

“Our deepest sympathies to the families of those who have died due to these criminal acts. We join their demand for justice,” he said in a tweet following the clashes

Meanwhile, the Cuban government was killing teenagers on the streets throughout Venezuela. It was celebrating the Habanos Cigar Festival in Havana. Ticket prices for the convention were over 100 times the average monthly salary for a Cuban citizen. The video below will display a big contrast between what was happening in Venezuela vs Cuba, on that same weekend. February 23-24, 2019

Pricing for the full week of activities was 2,075 CUC, or roughly $2,385 USD given the conversation rate.

The specific breakdown of costs is:

Seven custom humidors were auctioned off at the Habanos Festival, which raised more 1.5 million euros ($1.7 million). The spotlight for the top price was the Trinidad humidor, which came with 50 cigars.  The Cohiba humidor contained 550 cigars. Each of those humidors received winning bids of 300,000 euros.

Meanwhile, the Venezuelan families at the border town of Cucuta, Colombia were being denied food and medicine by the Venezuelan military. The military that was exclusivity directed by their Cuban handlers.

So it seems, The Cubans smoked their Habanos cigars in Havana while burning trucks of aid in Venezuela. What will happen this year? The 2020 Habanos festival starts on February 24, 2020. What has happened in the past year? More killings by the Cuban regime. Hopefully, President Trump has a surprise for the attendees? Block all Cuban cigars from entering the United States of America.