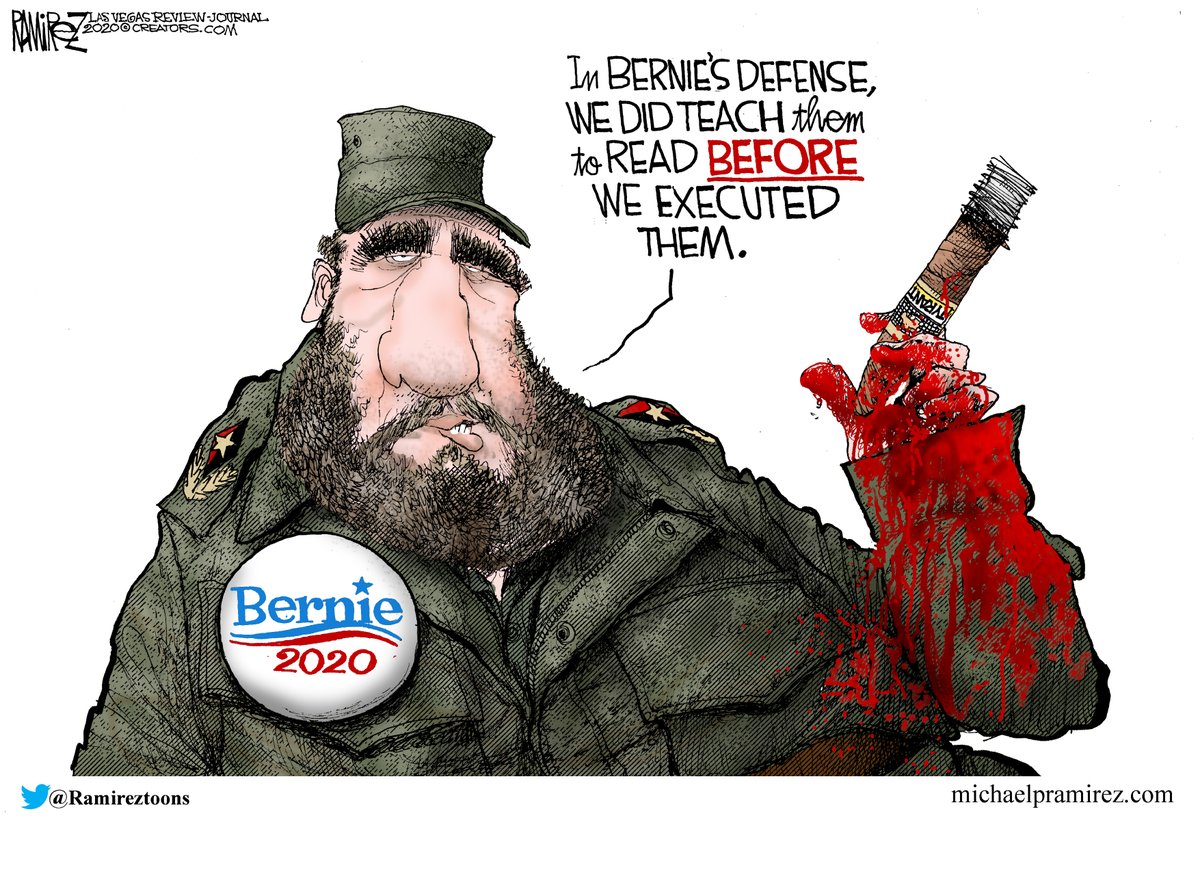 Democratic presidential candidate Senator Bernie Sanders recently praised Cuba’s literacy program that was launched shortly after Fidel Castro’s revolution.  The Cuban dictator called them an army that carries pencils.  The communist teachers went to the impoverished neighborhoods in order to teach the poor how to read and write.  What Bernie did not explain that the Cuban program was a plot to brainwash the public with communist propaganda.  The reading material was mainly focused on lifting support for the Castro regime.

Even today, elementary school books display Ernesto “El Che” Guevara playing with children.  It does not mention the mass killings he was involved in.  Bernie Sanders should mention how thousand of people were persecuted because of their faith, beliefs or sexual orientation.  He knows this to be a fact, but he ignores history.

This is why Raul Castros Daughter, Mariel Castro, said she would vote for Bernie Sanders of she had the opportunity. This is an ironic statement coming from a Castro that doesn’t support free and fair elections on the island. When heroes like Armando Sosa Fortuny, the political prisoner that was killed in prison after serving 43 years in a Cuban jail. Also, Jose Daniel Ferrer, leader of the Patriotic Union of Cuba (UNPACU) is imprisoned and tortured in a Cuban jail today.  How about mentioning OswaldoPayá, an activist that was killed during a car crash involving the Cuban police.

The Cuban regime has a new approach when it comes to killing the opposition by injecting deadly bacteria in their bodies. This recently happened to a well known human rights activist, “I think they injected me with something,” said the Lady of Blanco Xiomara Cruz Miranda after arriving in Miami, from Havana. Thankfully, she was able to come to the US for treatment after she was given a humanitarian visa in order to undergo medical treatment to try to save her life. She was diagnosed with three different bacterias and one of her lungs completely collapsed.  She would have died if she stayed in Cuba.  She is a brave woman who wishes to return to Cuba and continue the fight for freedom.    Armando Sosa Fortuny was not that lucky, hopefully, the same thing will not happen to Daniel Jose Ferrer.

Bernie Sanders has to understand the pain his words caused. Millions of Cubans have suffered throughout the years because of the Cuban regime. Today millions of Venezuelan citizens are suffering because of the Cuban regime control over Venezuela.  The same goes for countries throughout South and Central America. Students are being killed in Nicaragua.  Everyone knows this is because the Cuban regime is forcing itself upon countries, supporting dictators in order to stay in power.  When will this nightmare end? It is 61 years enough. How can Bernie see the bright side of murderers?