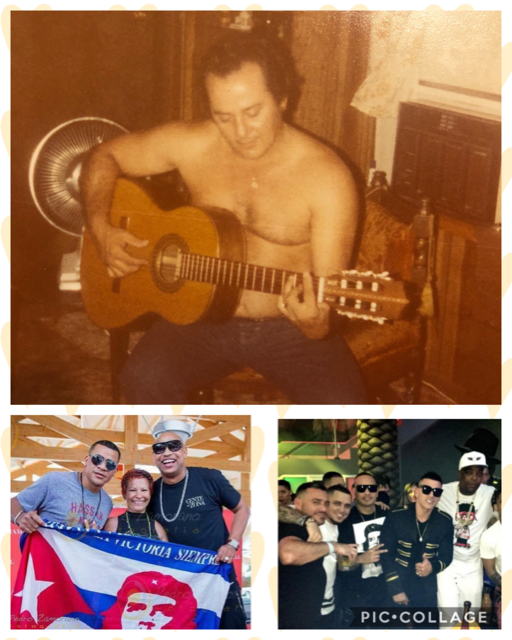 Reggaeton artists like Chacal, The Micha, Jacob Forever and Gente de Zona are some prominent celebrities in Cuba. These artists now enjoy the freedom most Cubans on the island only dream to have one day. They have become US permanent residence after leaving the island country. Assumedly, they were able to get approved by applying for the Cuban Adjustment Act.  The is one part of the Adjustment of status form I-485 that seems to bring attention to some, question number 56 on page 13.

The question that is in the spotlight. Did the Cuban Regime allow these music artists to flourish within the Cuban island without being part of the communist party?  The scenario seems unlikely to happen. The regime requires total loyalty to the Communist party. Anyone that goes beyond the line is taken away and never hear from again.  Gente de Zone was spotted dancing with Raul Castro grandson,  Raul Guillermo “El Cangrejo ” Rodriguez Castro.  (The Crab).

Fortunately, there is a US law that can answer that question. The Freedom of Information Act, 5 U.S.C. § 552, which is a federal freedom of information law that requires the full or partial disclosure of previously unreleased information and documents controlled by the United States government upon request.
The US public could request information from the USCIS

Records You Can Request from USCIS

Under the Freedom of Information Act (FOIA), you can request:

The US public as a right to know if these reggaeton artists are affiliated with the Communist party. Do they deny ever being part of that torturous regime?  Have they ever heard of Joe Daniel Ferre and Armando Sosa Fortuny?
Jacob Forever will be performing on April 18, on MiamiBash 2020. Maybe the Puertorican artist like Ricky Martin should ask that question before he shares a stage with him.  The same goes for Cuban-American Artist, Pitt Bull. Maybe they should declare publicly by staying the name Jose Daniel Ferrer or Armando Sosa Fortuny.

Dr. Gutierrez-Boronat, director of the Cuban Democratic Directorate, Famous Youtuber Ota Ola and human rights activist, Rosa María Payá are helping to spread the word of the Cuban political prisoners on the island. They can not do it on their own. It is time Music artists join them in the fight for freedom. #DigaLosNombres #FreeFerrer #SosaFortuny